Description
White Widow is one of the most notorious cannabis strains around. The strain was bred in the 90s from a South Indian Indica and a Brazilian Sativa and got its name because of its striking white buds. The leaves of the plant shed extra resin, which is an indicator of the strain's potency. The first White Widows had a THC content of 11 to 12 percent. Meanwhile, the THC content has risen to 16 to 20 percent. Discovered by Shantibaba, founder of well-known cannabis breeders such as Green House Seeds, the strain has its origins in the ancient Brazilian sativa landrace Manga Rosa. White Widow was discovered in India. There, in the mountains of Kerala, Shantibaba met a farmer who cultivated the plant specifically for high resin production.
Product Details
3 other products in the same category:
Alennuksessa! 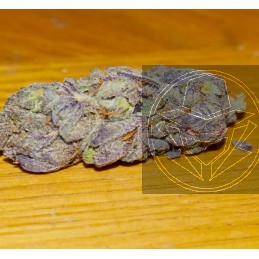